The Aermacchi MB-326 (known as the Atlas Impala in South Africa) is a low-wing monoplane with an all-metal structure composed of light alloys. It was one of the first jet trainers to be developed with the aim of catering to both for ab initio and advanced instruction. As originally developed, the MB-326 functioned as a refined but simple aircraft capable of covering the considerably wide range of performance characteristics required to cover both ab initio training and advanced instruction alike, a high degree of safety was also intentionally built into it, including adoption of new Martin-Baker-built ejection seats.

During the 1950s, a number of countries begun to operate compact jet-powered trainer aircraft that possessed similar performance to frontline operational aircraft, often having been produced as two-seat adaptions of these aircraft. Recognising the potential to better fulfil this role, several different companies independently chose to commence the development of purpose-built aircraft to serve as trainers; these included the French Fouga Magister, the American Cessna T-37 Tweet, the British Jet Provost, and the Czechoslovakian Aero L-29. In the aftermath of the devastating Second World War, Italy spend a number of years recuperating and reestablishing its economy; as such, the nation found itself unable to prioritise the necessary financing for the independent development of high-end combat aircraft that would be competitive with the upcoming generation of supersonic interceptors or bombers; accordingly, Italian aviation company Aermacchi elected to instead focus its resources and development efforts upon the production of a line of light fighters and trainer aircraft. 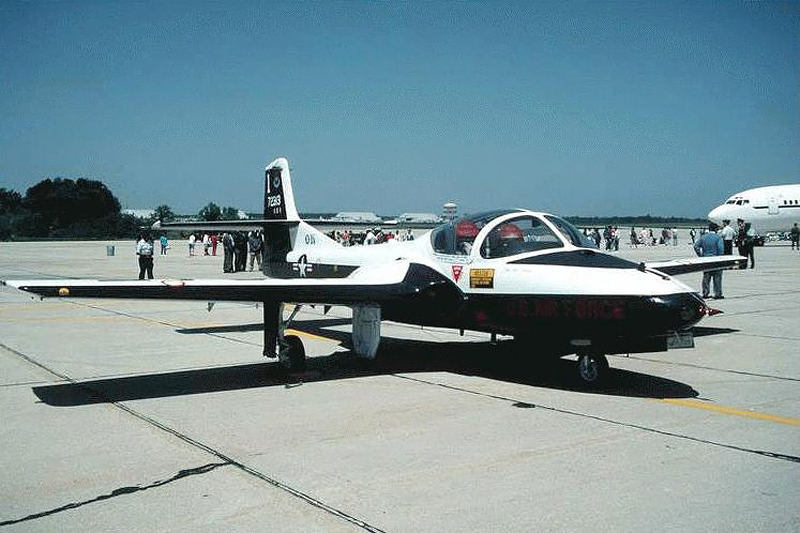 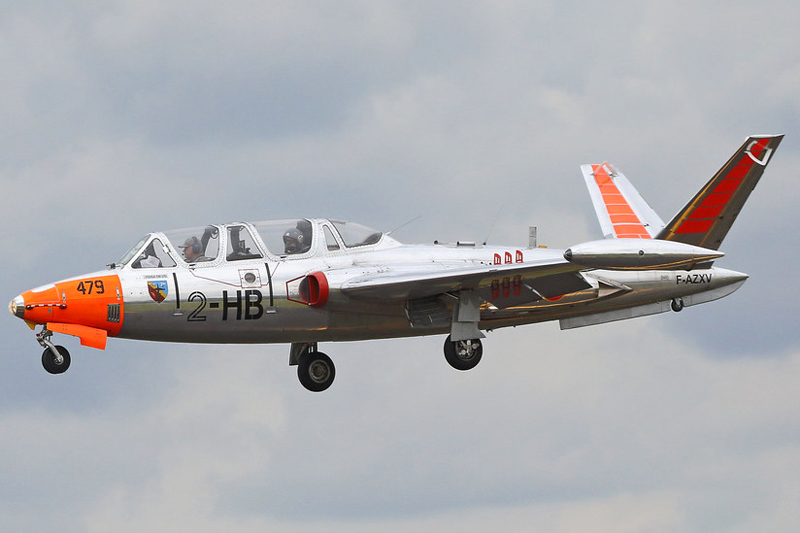 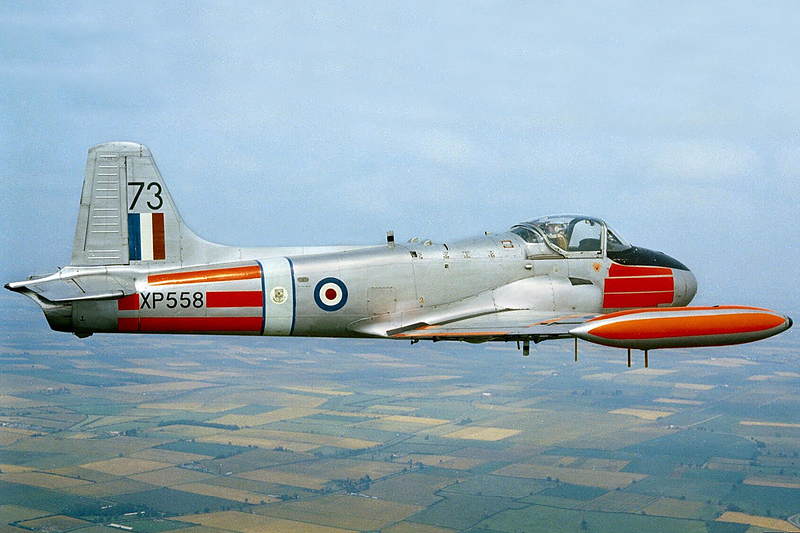 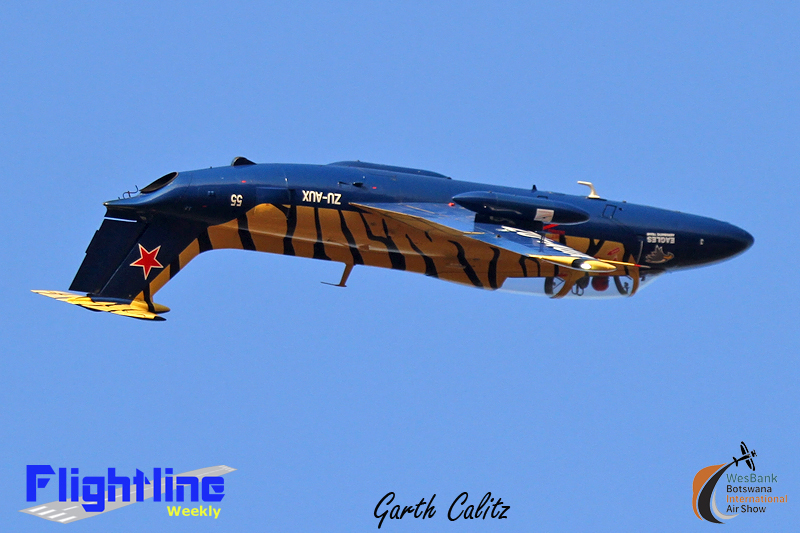 What would become the MB-326 was had its origins in a private venture project by Macchi; it was developed by a team headed by Italian aeronautical engineer Ermanno Bazzocchi, the company's technical director and chief engineer. Reportedly, Bazzocchi had considered many different configurations for the tentative trainer before the design team chose to proceed with a single-engine design. In accordance with its intended primary use, the airframe was a robust and light all-metal structure, being relatively simple and cheap to construct and to maintain. The design was also to be powered by the British Armstrong Siddeley Viper turbojet engine, an efficient powerplant for the time. The Viper engine had been originally designed as a short-life unit destined for use upon disposable target drones, however, the engine had showed itself to be far more reliable and useful in other roles. During 1954, initial representations by Bazzochi were made to the Italian Air Ministry. During 1953, the designed airframe and engine combination led to Macchi formally launching the MB-326 programme.

Around the time of the programme's launch, the Italian Air Force took interest in the proposed aircraft. The service was considering options for the potential replacement of its existing trainer fleet, thus, upon the commissioning of a competition to select a suitable successor, the MB-326 was an obvious early entrant. A detailed specification was released for the competition, the requirements stated included a maximum load of 7 g when flown at the maximum weight, a lifespan of 5,000 flight hours, an interval of at least 50–60 hours between servicing, ample warning in advance of stalls, the ability to take-off at maximum weight in 800 m over a 15 m high obstacle, being able to land within 450 m at minimum weight, a minimum speed of 60 knots and a maximum speed of 380 knots , a rate of climb at least 2,950 ft/min and an endurance time of at least three hours at 10000 ft.

Interest in the proposed MB-326 led to the awarding development contract for three prototypes was awarded. The programme was subject to significant refinement around this stage, leading to several modifications being made. Amongst these changes was the elimination of the negative dihedral angle previously present on the horizontal tail surfaces and the substitution of a pair of wing-based airbrakes into one located at a ventral position. During 1956, the AMI gave its official approval of the project and issued a request for the production of a pair of prototypes (later designated as MM.571 and MM.572) as well as a single airframe for static tests. These prototypes were not intended to include several features, such as the ability to equip and deploy armaments or refinements such as cabin pressurization, however, Bazzocchi chose to introduce them regardless.

On 10 December 1957, the first prototype performed its maiden flight, flown by Macchi's chief test pilot Guido Carestiato. This prototype, designated as I-MAKI, was first publicly demonstrated over France. During its flight test programme, the MB-326 prototypes demonstrated highly favourable flight characteristics of the design; however, several of the modifications made had negatively affected the overall weight of the aircraft; allegedly, at one stage, the excess weight was 400 kg greater than that given in the initial estimates. The original Viper 8 engine was capable of producing 1,750 lbf of thrust; to address the increased weight, the more powerful Viper 9 model was adopted instead, which was capable of generating 147 lbf more thrust.

On 22 September 1958, the first prototype was joined by the similarly-configured second prototype. It did feature some differences from the earlier aircraft, it was powered by a newer model of the Viper engine, the Viper 11, which had been rated to produce 2,500 lbf. The Viper 11 would be the same standard of engine used on subsequent production standard aircraft. Direct competition to the MB-326 came in the form of the Fiat G.80; this aircraft was both more powerful and held the distinction of being the first real Italian jet, having flown five years earlier. However, the G.80 had several disadvantages, including being heavier, considerably larger and more expensive than its rival; as such, it ultimately lost the trainer contest and remained without a market.

On 15 December 1958, having been suitably impressed, the Italian government placed an order for a batch of 15 pre-series examples on behalf of the AMI. A production line was established at Macchi's facility in Masnago, Varese, Northern Italy. Shortly thereafter, the AMI issued its first order for the MB-326 for an initial group of 50 production standard aircraft. During 1960, a larger follow-on order for 100 aircraft was received by Macchi; this sizable commitment was viewed as being a major step towards establishing the company's supremacy in jet trainer market.

In a structural perspective, the MB-326 was relatively straightforward both the fuselage and the wing were constructed in three sections; of these, the centre section of the wing was integral to the fuselage. The fuselage was divided into a forward, central, and rear section; the forward section contained the nose wheel and radio systems; the centre part, accommodated the cockpit, fuel tanks and the engine; and the rear section which comprised both the tail unit and jet pipe. The fuel system had one large tank in the middle-fuselage and two in the wingtips; a single-point pressure-fuelling system is located on the starboard side of the aircraft to provide a total refuelling time of around five minutes. The rear of each wing had flaps, and ailerons with a trim surface; each wing had 22 ribs and two spars. Wing fences were added mid-wing to increase the lift characteristics. Accordingly, the MB-326 was readily capable of performing relatively slow speed take-off and landing while retaining an excellent rate of climb.

South Africa obtained a license to produce the MB-326M (similar to the 'G' model), as the Impala Mk I in 1964 with production starting in 1966. It received 40 Italian-built aircraft followed by about 125 built locally by the Atlas Aircraft Corporation, using them both as trainers and in an armed configuration.

Seven examples of the MB-326K were also bought as light attack aircraft, with a further 15 assembled from kits, while around 78 were license-produced and known as the Impala Mk II. Licence production of the single seat version began in 1974. The Impala Mk II, locally manufactured and equipped with French armament, was also advanced with a South African ECM suite.

The aircraft had many advantages over expensive supersonic jets. Although slower, it could operate from relatively primitive airfields and strike swiftly. The South African Air Force used up to 6 x 120 kg or 4 x 250 kg bombs. The main armament consisted of 68 mm SNEB rocket-launchers (four x 6 or two x 18), and two 30 mm autocannon (with 300 rounds). These cannons were the real bonus for the Impala Mk II, helping to give a superior performance compared to earlier two-seat versions. The latter could also carry a pair of 30 mm DEFA guns in under-wing pods. However, dual capability as trainer-attackers was better appreciated, as was the availability of six hard points and so dual-seat versions were far more common. Six squadrons were equipped with the Impala Mk II in the SAAF during the 1970s and 1980s. Prior to Operation Moduler, most Impalas were withdrawn from their operating bases in South-West Africa, leaving the work to Mirage IIIs and Blackburn Buccaneers.

Impala Mk IIs were also opportunistically used as interceptors. In several encounters in 1985 with Mi-8 and Mi-24 helicopters, they shot down a total of six. This happened during a crucial phase of the ground war, when Angolan and Cuban troops were checked in an offensive against UNITA bases. This ended in disaster for the Angolan/Cuban alliance when their supplies were cut off by UNITA and the SAAF and front line troops ran out of ammunition. Helicopters were being used to supply the besieged troops and the SAAF cut off this link. Two Mi-24s were shot down in the first encounter while escorting Mi-17s. The MiG-21s that escorted them flew too high to react in time. Two days later the Impala Mk IIs struck again, downing two Mi-24s and two Mi-17s. Attacks on unsuspecting helicopters were carried out with only two guns per aircraft. The single seat Impala Mk IIs were also sometimes armed with Matra R550 Magic air-to-air missiles for self-defence. The Impala Mk II operated at extreme ranges and had to fly very low, climbing only when helicopters were seen at medium altitude. After each attack they returned to low level to avoid interception by enemy MiGs.

The Silver Falcons, the SAAF aerobatic team, were equipped with Impala Mk I's until the withdrawal in 1998