So, yet another national and provincial election has come and gone, and I hope you all got to make your mark (hopefully only once), now things can get back to some sort of normality.

The big event this weekend is definitely the ABSA Lowveld Airshow although it is an afternoon show it still promises to be a full and very impressive event with a full programme.

The organisers are offering five different packages for people interested in attending. 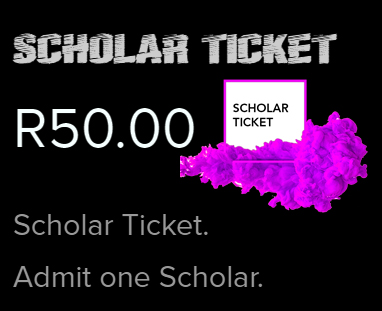 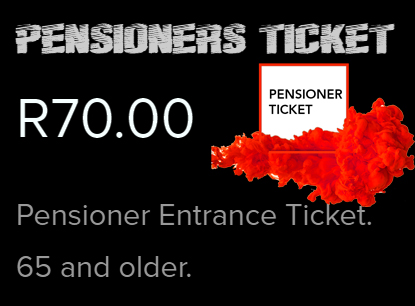 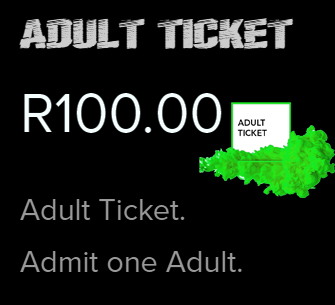 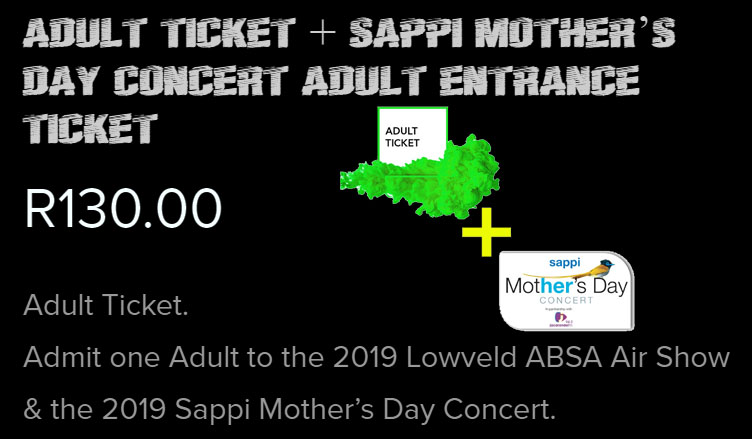 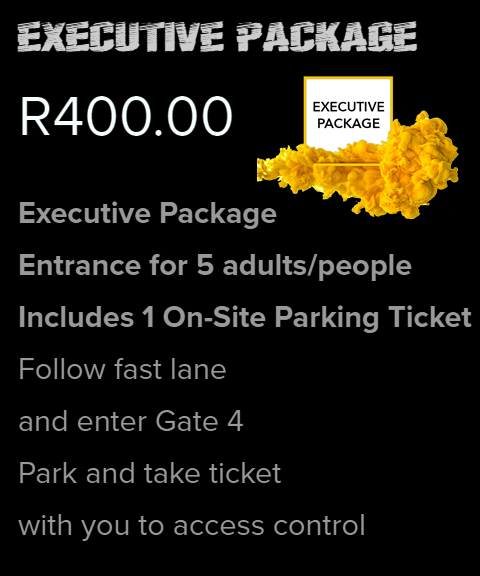 For those not making their way down to Nelspruit Rustenburg Flying Club will be hosting a breakfast Fly-in on Saturday 11 May in the past they have always had a great turnout and this one will probably be the same, weather permitting.

Unfortunately the bookings closed on 30 April so if you haven’t booked then you won’t be able to go along.

The South African Civil Aviation Authority said in a statement on Friday that it has reviewed the judgment handed down by the Civil Aviation Appeal Committee following an appeal brought against the SACAA by CemAir.

The airline's appeal related to four notices issued by the SACAA, which resulted in the suspension of the airline's Part 121 and 135 Air Operator Certificates (AOCs) as well as the resultant grounding of the airline's fleet during the course of the CemAir AOC renewal audit in December 2018 and January 2019.

The decision of the CAAC, which was delivered by the Tribunal on 29 April 2019, set aside the two grounding notices issued by the SACAA against CemAir, and referred the matter back to the SACAA to continue with its audit and consider the evidence provided by CemAir subsequent to the issuing of the grounding notices.

The CAAC found that "the wide discretion afforded to the CAAC must be balanced against the interests of the Applicant and the responsibility of the Regulator in overseeing aviation safety...".

The implications of the Tribunal's decision, according to the SACAA, is that CemAir is still not permitted to operate as an airline or utilise any of its aircraft commercially, pending the renewal audit process being finalised, and the operator being issued with the relevant operating certificates or approvals.

"The actions expected to be undertaken by the director of civil aviation, as well as by both the SACAA and CemAir, as outlined in the ruling, are unambiguous, and as a result, I have already delegated my functions in terms of legislation to the SACAA's Aviation Safety Operations to immediately implement the recommendations of the CAAC," commented Poppy Khoza, director of Civil Aviation.

"It is also in the interest of aviation development and safety to have this matter resolved as quickly as possible. However, in practical terms, the pace of finalising this matter is in the hands of the airline."

She said the regulator will rely on CemAir's cooperation in relation to the submission of the relevant documents and records, as well as any other evidence that will contribute to the speedy completion of the inspection.

The SACAA's Aviation Safety Operations division has also sent communication to the airline detailing the SACAA's preliminary requirements for the renewal audit, which will entail the AOC renewal audit and inspections pertaining to the certification of airworthiness of the CemAir fleet.

"The SACAA is very keen to see the airline back in the air and as soon as practically possible, and hence the necessary arrangements have been made to ensure that its inspectorate can instantly start auditing the airline," according to the SACAA statement.

"The primary role of the SACAA is to preserve lives by ensuring high standards of aviation safety and security. No regulator in the world or any other industry can achieve this if they do not discharge their mandate in a fair but firm manner, and most importantly, without any form of favouritism or fear," Khoza concluded.

It will be weeks before Russian investigators conclusively identify the cause of Sunday's fiery emergency plane landing in Moscow that killed 41 people, but they already know one thing: Russia has one of the worst aviation safety records in the world.

A 2018 report by the Interstate Aviation Committee, a group that oversees air safety standards in countries that make up the former Soviet Union, found that 42 of the region's 58 aviation accidents that year took place in Russia and led to the deaths of 128 people. Across the former Soviet Union, 75 per cent of those events labelled catastrophes or accidents were attributable to human error.

Another report reviewing data for 2018, released by the International Air Transport Association, placed the former Soviet Union dead last in a regional ranking of aircraft lost to crashes and other disasters. In 2018, it said the former Soviet region rated 1.19 hull losses per million flights. The next closest competitor was the Latin America/Caribbean region with .76 losses, and then the Asia Pacific with 32 losses.

The former Soviet region (CIS) fared slightly better in a review of data from 2013-18, placing just above Africa and just below the Middle East.

But at least once a year, Russian travellers are served a bleak reminder of this grim reality.

"In Russia, there is reliably one big crash with corpses per year," Mikhail Barabanov, an analyst at the Centre for the Analysis of Strategies and Technologies, a Moscow think tank, said in a Facebook post.

Barabanov said he could not think of more than a single Russian plane crash in the past 20 years that could be attributed to a true equipment malfunction.

"According to statistics from international organizations, air traffic safety in the Russian Federation and the CIS in 2018 was the worst in the world - worse than Africa."

Sunday's disaster was just the latest example of this, as only 37 of the 78 people aboard survived when an Aeroflot SSJ100 plane heading from Moscow to Murmansk quickly turned back and burst into flames as it made an emergency landing.

Investigators quoted in the Russian press said Tuesday that preliminary results on the possible cause of Sunday's plane fire won't be available until next week, with a full report at least another month away.

But on Tuesday, discussions about pilot error - a common, well-documented theme in Russian aviation disasters - dominated the domestic media. Barabanov said he could not think of more than a single Russian plane crash in the past 20 years that could be attributed to a true equipment malfunction.

Questions about the technical competence of the SSJ100's design arose, while witness accounts of Sunday's disaster have painted a picture of some technical failures compounded by possible human error.

Vladimir Evmenkov, the mayor of Severomorsk, a town on Russia's northern border, says he noticed the pilot took the plane right up through a major thunderhead. He said he witnessed two lightning strikes to the plane's right engine.

"There were two very loud blows and two flashes, but the engine did not catch fire," Evmenkov said. "I do not know if it continued working after that, but it didn't catch on fire, that is for sure."

The pilot reportedly lost communications and some automated flight controls, forcing him to take manual control of the plane, but it was not clear there was a direct and imminent threat to safety.

This is where technical questions about the airworthiness of the SSJ100 come into play. Lightning strikes are common, and planes are designed to discharge the energy in electric strikes through their wings or tail section. It is not clear why the Sukhoi-built SSJ100 would have failed to do this.

After circling Moscow's Sheremetyevo Airport twice, the SSJ100 touched down hard, bouncing on its landing gear. On the second bounce, the landing gear gave way and the engines touched concrete, sending the entire back of the plane up in bright flames and heavy black smoke.

Vadim Lukashevich, a former Sukhoi engineer who is one of Russia's most popular aerospace pundits, analysed the available footage of the crash on his Facebook page. His theory is that the plane simply came down too hard.

"A strong vertical blow actually pushes the entire strut into the bottom panel of the fuel caisson," he wrote in a post. This leads to "an abundant leak of fuel directly onto the engine, and as the landing gear collapses, the engine grinds against the concrete, causing a spark."

Much Russian media speculation has focused on reports that the plane took off from Sheremetyevo with nearly a full tank but did not burn enough fuel before attempting to make an emergency landing, making it too heavy to survive a hard landing.

But Viktor Galenko, an expert on Russia's Interdepartmental Aviation Expert Council, told the state-run RIA Novosti news agency that very few modern commercial airliners have the ability to dump fuel and so are designed to be able to land safely with full tanks.

A person close to the Russian SSJ100 aviation investigation told the RBC news outlet Tuesday that interviews with the pilots revealed several errors that contributed to the severity of Sunday's accident, leading investigators to look closely at Aeroflot's pilot training program.

Those errors included failing to shut off the engines upon landing and opening their cockpit window, which could have exacerbated the fire.

Russian officials and experts have maintained public confidence in the plane and its design. Russia's air transport regulator has rejected calls to ground the aircraft, which previously only crashed once in a 2012 demonstration flight.

The design of the SSJ100 is relatively new - dating back to 2011 - and leans heavily on Western designs and components. Much of the planes' hardware - its avionics and landing gear, as well as the entire cabin interior - is imported for final assembly by Sukhoi, one of Russia's major aerospace firms.

But Russia's commitment to the SSJ100 can also be explained by the significant investment the government has poured into the project, which aims to keep Russia in the global aviation business dominated by Boeing and Airbus.

In Mid-March 2019, the Republic of Mozambique and the Republic of Malawi were amongst the various Southern African Development Communities (SADC) member states that were ravaged by Cyclone IDAI that made landfall in those countries, killing hundreds of people and displacing millions. The extent of the damages caused by the heavy rainfalls compelled Governments of both countries to declare a state of disaster in their respective countries. Both countries approached SADC and requested assistance with disaster relief efforts.

As a member state of SADC, the President of the Republic of South Africa (RSA), in his capacity as the Commander-in-Chief (CIC) of the South African National Defence Force (SANDF), authorised the deployment of various SANDF disaster relief elements to assist in both countries. The RSA assistance was a Joint Inter Departmental, Inter agency and Multi National (JIIM) effort and the National Joint Operational and Intelligence Structure (NATJOINTS) managed and coordinated the JIIM effort. The SANDF committed assets and personnel to supplement the JIIM effort as was required by the NATJOINTS.

The SANDF Command Cadre has since authorised the withdrawal of SANDF elements in both countries effective from 14th May 2019.

The situation in the Republic of Malawi has now been stabilised. The Republic of Mozambique has been partially stabilised since Cyclone KENNETH made landfall in the North of the country in April 2019. The Mozambican National Institute for Disaster Management has indicated to the International Search and Rescue teams based in Beira to start with winding down activities / withdrawals.