This will be the last quiet weekend in the aviation community for quite a while as airshow season is fast approaching.

The Aero Club Air week will start on Thursday 7th March and will continue to the 11th when everyone goes home. To add to this wonderful week of aviation the Middelburg Aero Club will be hosting an Airshow on Saturday 11th March. This together with all the other activities promises, including the next addition of the exciting Speed Rally Series, promises to be an event not to be missed.

For those enthusiasts that can’t make it to Middelburg, the SAAF Museum will be hosting their monthly Flying Training day at Swartkops Airforce Base, as always there will be plenty to see and do, watching these well maintained “old Ladies” of the sky flying around is always a treat.

The South African British Airways franchise partner, Comair receives it first Boeing 737 Max 8 from the US manufacturer this is the first of the eight ordered.

The arrival of Comair's first 737 MAX 8 makes it the first sub-Sahara Africa to operate the fuel-efficient twin-jet. “The arrival of the MAX 8 aircraft is a continuation of our fleet renewal programme and builds on the most modern and efficient fleet in South Africa,” said Wrenelle Stander, Executive Director, Comair’s Airline Division. “It is the first of these aircraft to operate in Southern Africa. These newer aircraft, which showcase state-of-the-art technology, will improve our customer experience, enable us to hedge against fuel price volatility and enhance our operating efficiency.”

Comair flies an all-Boeing fleet that includes 18 Next-Generation and seven Classic 737s for its kulula.com and British Airways brands. The 737 MAX 8 will allow Comair to achieve 14 percent better fuel efficiency and lower emissions, while flying 600 nautical miles farther than its predecessor.

“We are delighted to welcome Comair to our growing MAX family. The airline will be able to significantly lower its operating costs, fly farther and provide their customers with a better flying experience,” said Ihssane Mounir, senior vice president of The Boeing Company Commercial Sales. “From the Classic 737 to the Next-Generation 737 and now to the 737 MAX, we are honoured to build on our partnership with Comair and support their success in the years ahead.”

A South African Airlink Embraer ERJ-135, registration ZS-SJX performing flight 4Z-8307/SA-8307 from Kasane (Botswana) to Johannesburg (South Africa), was departing Kasane when a large bird impacted the aircraft's nose, penetrated the pressure vessel and became stuck. The crew returned to Kasane for a safe landing all the passengers and crew are safe. The aircraft is still on the ground in Kasane. 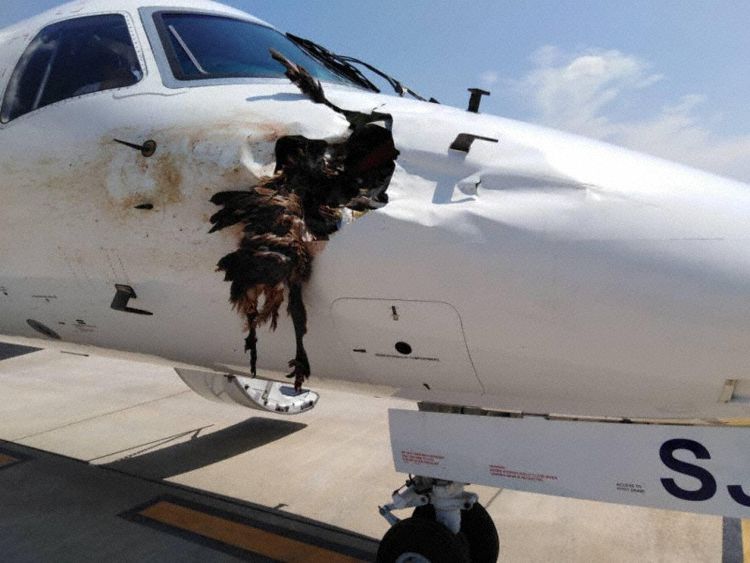 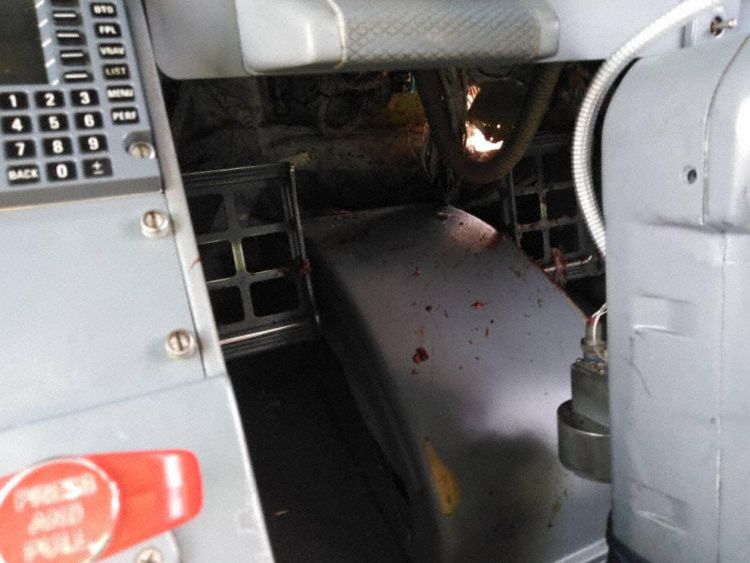 Tensions between India and Pakistan have escalated and are now affecting air traffic in the region. Pakistan has closed its airspace entirely and Indian authorities restricted flights at more than half a dozen airports for a few hours on 27 February.

International airlines that normally transit between Indian and Pakistani airspace have been forced to reroute, including flights by Singapore Airlines, Finnair, British Airways, Aeroflot, and of course, Air India.

Thai Airways has cancelled its flights to Pakistan and all flights from Bangkok to European destinations due to the closure of Pakistani airspace.

“Sixteen countries in Africa are landlocked, that is almost one-third of Africa, but every country is air-linked,” he said. “So, geography should not be an excuse for underdevelopment. This highlights the importance of regional integration where there have been some notable achievements over the past year; chief among these is the Single African Air Transport Market...However, the full promise of this pact only becomes apparent in the wider context of the African Continental Free Trade Area and the Protocol of the Free Movement of Persons, which were also signed last year.”

Kagami cited an industry analysis that has calculated the requirement for new aircraft in Africa over the “coming generation” at more than 1,000 units valued at more than $150 billion. “That means there will be many more high-quality jobs for African pilots, engineers, and service personnel to operate and maintain this equipment professionally, and above all, safely.”

The Minister of Infrastructure and Transport for Togo, Zoureutou Tchankouda Kassa-Traore, joined Kagame in calling on African states who have signed the commitment to “implement without delay.”

Also speaking at the conference, Qatar Airways CEO Akbar Al Baker characterized Africa as an underserved market. Although Africa’s 1.3 billion people amount to 16 percent of the world’s population, they also account for only 2.5 percent of the total number of global air travellers.

“Africa’s current performance in aviation does not reflect the potential of this great continent has,” said Al Baker. “For that potential to be realized, we need to turn the page on the old culture of protected hubs, which has produced weak aviation infrastructure, high air fares, and poor connectivity. Going forward we need to support the successful implementation of regional initiatives to improve Africa’s position in the areas of economic integration, trade, human capital, and tourism development.”

Al Baker noted that Africa could represent Qatar Airways’ next growth market, but what he calls an illegal airspace blockade of his country in the Gulf has hampered its plan to expand further into western and central Africa. “The additional range that we should fly will not make the routes commercially viable,” he explained.

He advised African states to consolidate and collaborate among themselves and with his country in investing in MROs, education, and training.