We greet you this morning from a very hot Waterkloof Airforce Base, African Aerospace and Defence Expo 2018 is in full swing and we are on day two of the three trade days. AAD is once again living up to its reputation as the biggest and best Aerospace and Defence showpiece in the southern hemisphere.

Flypast by the Sliver Falcons

Unfortunately there is very little general aviation participation this year the emphasis is definitely on the defence side of the market. One very promising aspect is the amount of foreign military attachés in attendance, this votes well for our local arms industries. AAD 2018 attracted exhibitors from thirty five countries of which five are from Africa and the balance from the rest of the world. 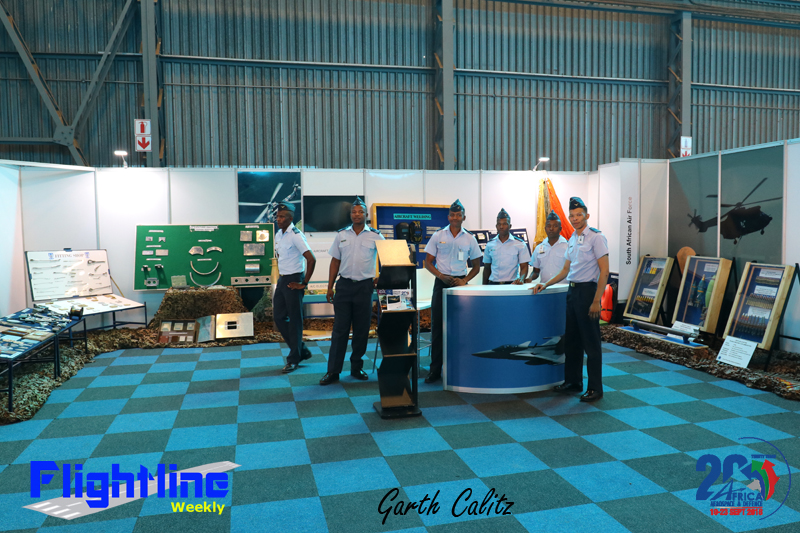 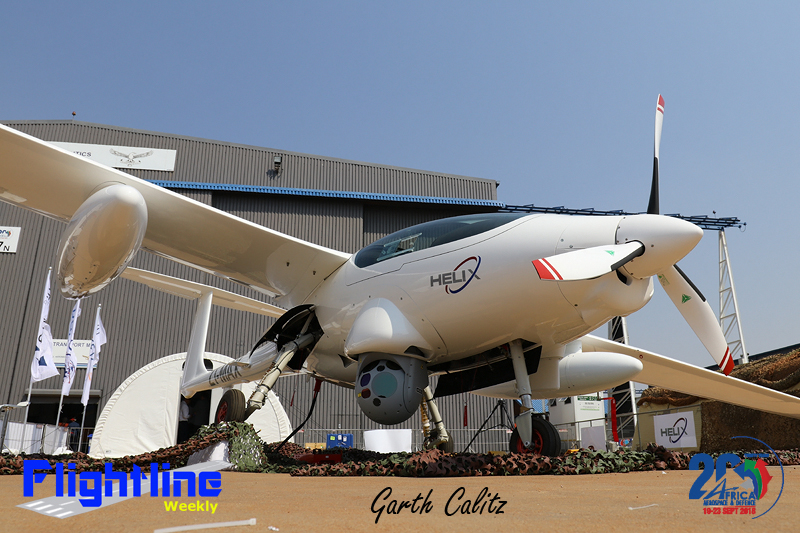 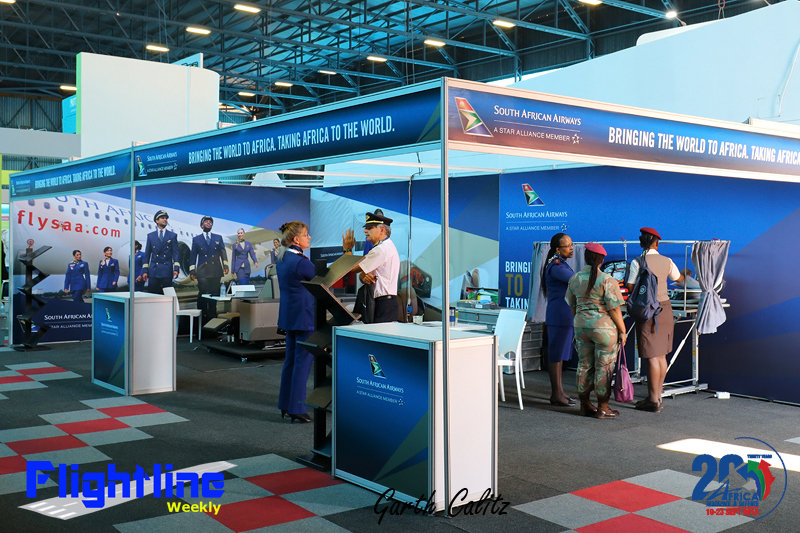 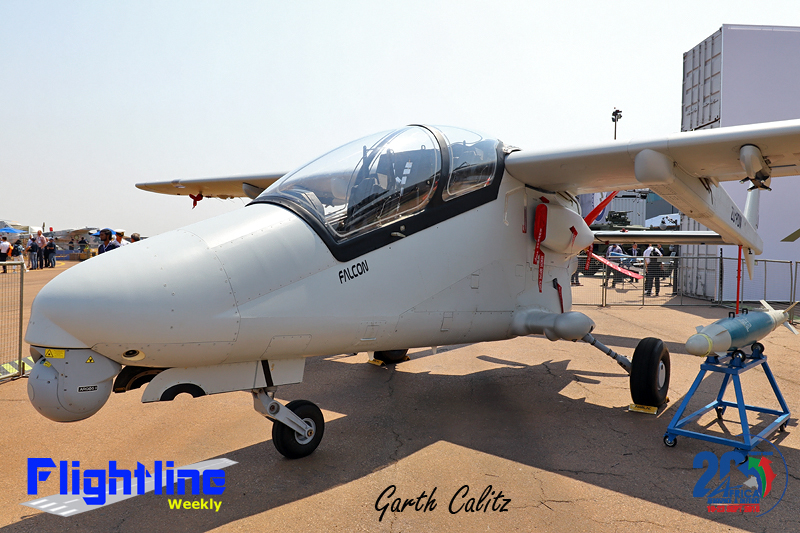 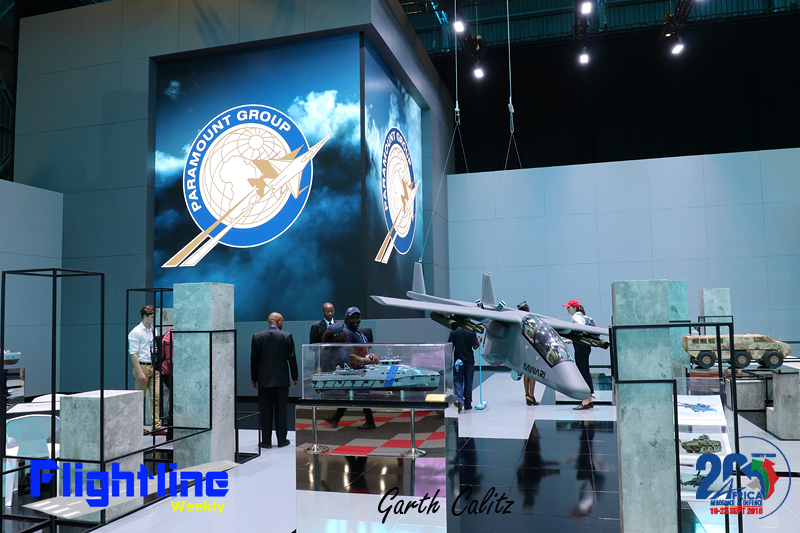 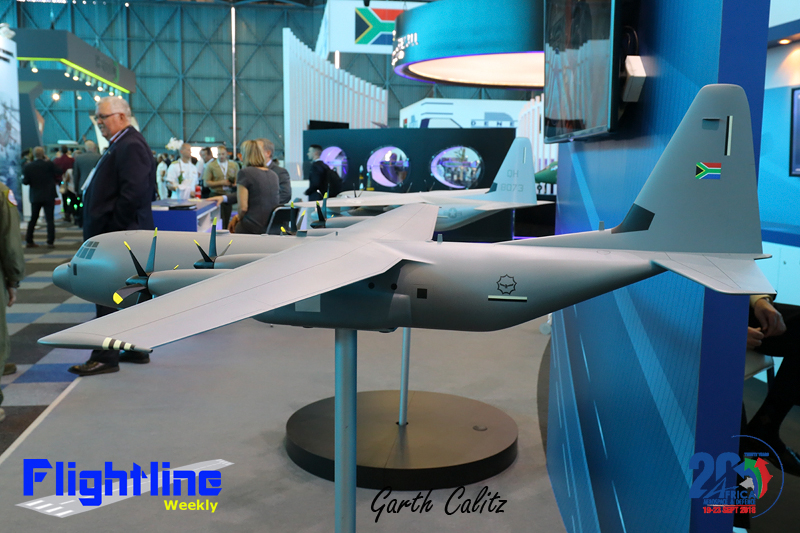 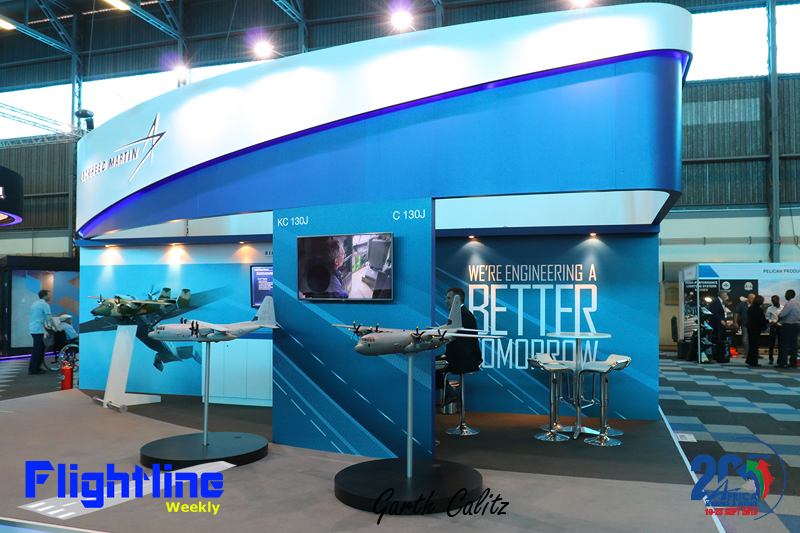 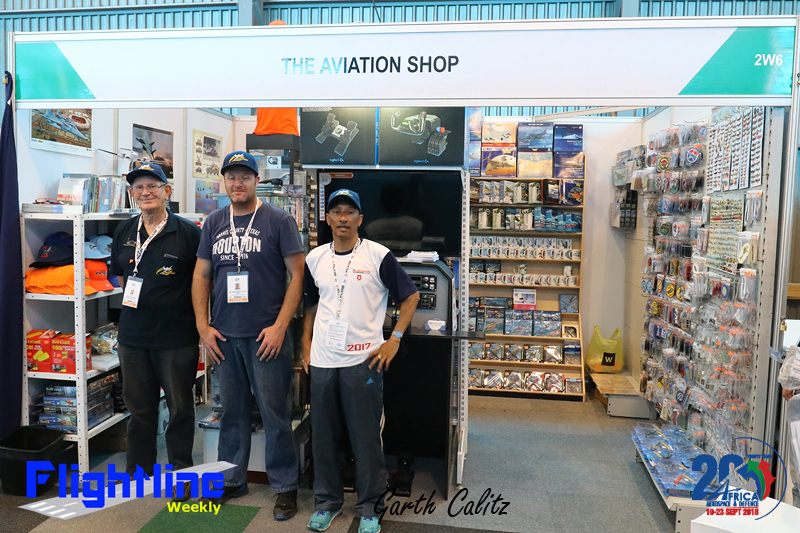 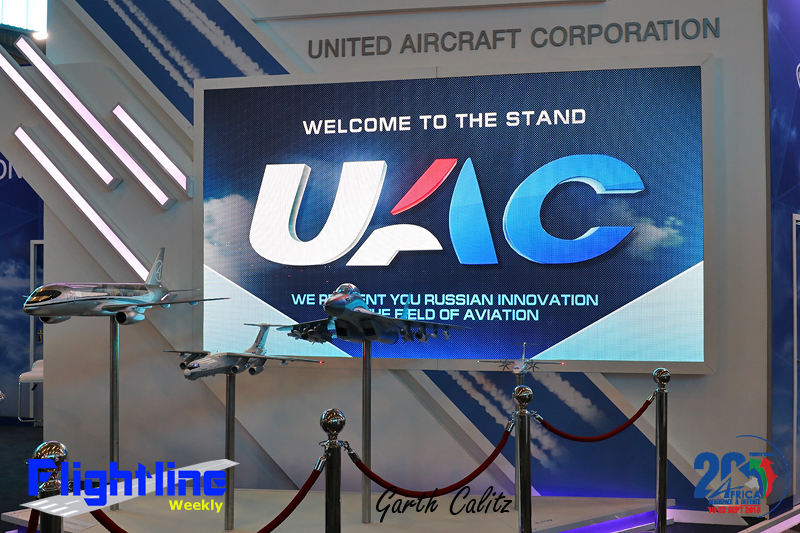 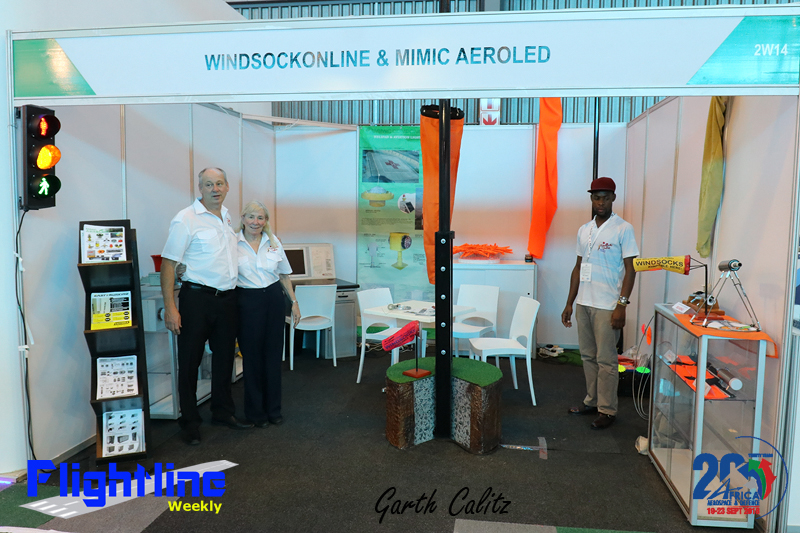 The AAD week "kicked" off with an Air Power Capability Demonstration at Roodewal Bombing range north of Polokwane. The APCD was unfortunately cut short after an SAAF Oryx Helicopter landed very hard resulting in severe damage to the aircraft. Reports form the SAAF confirms there were no serious injuries, only one member suffered an ankle injury. After the incident it was decided to cancel the rest of the live fire exercises. The full story will be published in our Tuesday edition.

As of today there are only 13 slots still available for this much anticipated Speed Rally, If you would like to be part of this “all new” format of speed rally flying please enter, This format is a trial run in planning for PTAR 2019

Course map will be provided 20 min prior take-off

No plotting required – course details on the map

This will be a full throttle race against your handicap.

Plans in place to manage traffic to Africa’s Premier Airshow

Thousands of aviation and defence enthusiasts will converge at the Air Force Base Waterkloof for AAD 2018 from 19 – 23 September 2018, and organisers have put in place comprehensive plans to manage access and ease the traffic flows.

Regular bus shuttles will operate from the park-and-ride facilities close to the venue during the open days on 22 and 23 September and plenty of free parking will be available at various places in the vicinity. Leon Dillman, the CEO of CAASA and lead partner for AAD 2018 has called on visitors to Africa’s largest international air show to plan their journeys in advance and make use of the public transport arrangements that will be available.

“We encourage the public to visit the show in large numbers. This is one of the best family outings in Gauteng this year and we hope to attract more than 100 000 people over the five days of Africa Aerospace and Defence 2018.

“We are aware of the impact of such a mass event on communities – especially residents close to AFB Waterkloof and road users – and we are doing our utmost to keep disruptions to a minimum,” says Dillman.

The show programme that includes aerial displays by the Silver Falcons, Gripens and Hawk fighter aircraft will start at 08h00 on the weekend, but gates will already open at 06h00. The main roads that will be affected are Solomon Mahlangu, which is the off-ramp on the R21/Airport Road, Trichardt Road leading to the main entrance and Veldpou Street next to the Air Force Base. Only park-and-ride buses will be allowed on Trichardt and Veldpou and there will be road closures at Dastek and on Solomon Mahlangu and Van Ryneveld Avenue.

Traffic and emergency officials will be on duty to manage traffic flows and all closures and detours will be clearly marked. Visitors are advised to access the Show from the Botha Avenue and Rigel Avenue off-ramps on the N1 or Nellmapius Drive on the R21.

Park-and- ride facilities will be located at the Armscor offices in Nossob Drive, Erasmusrand, at 68 Air School in Snake Valley Road, the Air Force Base Swartkop on the Old Johannesburg Road, Fountains Valley, Groen Kloof road and Centurion Rugby Club on West street. Shuttle buses will make regular journeys between the parking areas and the air force base.

Residents living close to the Waterkloof Base are advised to familiarise themselves with the traffic arrangements and road closures and to consider alternative local routes on Saturday and Sunday. The highway will be cleared at around 15h30 and all closures will end by 17h30 to facilitate the resumption of normal traffic.

The AAD app can be downloaded for free on Android and Apple to find the GPS coordinates of free available parking and maps are available on the AAD website, www.aadexpo.co.za

DAC, which specializes in humanitarian missions in Africa, has leased the aircraft from Dublin, Ireland-based lessor, Stellwagen Group. DAC will be the first African civil C295 operator, reaffirming the versatility of Airbus’s medium tactical transport and mission aircraft and its suitability to operate in some of the world’s harshest and challenging operating environments.

In 2017 Stellwagen Group ordered 12 Airbus C295s and placed an option to purchase additional aircraft. The acquisition positions Stellwagen Group to serve the civil market requirements for specialist aircraft capable of operating humanitarian and freight missions in austere environments as well as supporting government agencies in search and rescue and other roles.

The Airbus C295 is a tactical airlifter in the light and medium segment. It is robust, rugged and reliable, able to operate from unprepared rough, soft and short airstrips on missions enduring up to 11 hours. It is a highly versatile aircraft, able to perform many different missions including transport, medical evacuation, maritime patrol and surveillance, signals intelligence, and airborne early warning. To date, 206 C295s have been ordered by customers around the world, including Algeria, Angola, Ghana, Egypt and Mali in Africa.

DAC Aviation has been providing humanitarian assistance for over 25

South Africa's Paramount Group and Italy's Leonardo have launched a partnership to collaborate on a customised smart weapons mission suite for the Leonardo M-345 jet trainer, a full-scale mock-up of which is making its African debut at AAD, complete with representative weapons such as the Denel Dynamics Mokopa missile.

The mission suite, known as Swift, has been derived from the Flash weapons and sensor system that has been engineered for rotary-wing applications. A Swift-equipped M-345 is seen by both companies as having particular appeal in Africa, offering both state-of- the-art training and light attack capabilities at attractive acquisition and operating costs. Included in the Swift offering is the ability to carry ECM and targeting pods.

Both Swift and Flash have been developed by Paramount Advanced Technologies (PAT), which was established when Paramount bought ATE in 2013. The division has decades of experience working with system integration on types such as the Mirage F1, Hawk and Mi-24. Swift and Flash are scalable to cater for a variety of mission requirements, and can be quickly installed in a variety of rotary-wing and jet trainer types. The systems can be tailored to meet customer requirements in terms of sensor and weapon options. Among the local and international OEMs collaborating in the Swift and Flash programmes are Denel Dynamics, FN Herstal, Genesys Aero, Hensoldt and Thales FZ.

Having previously been shown on a Gazelle airframe, Flash (flexible light armaments system for helicopters) is being displayed at AAD installed in a company-owned Airbus Helicopters AS550 Fennec demonstrator/development aircraft. This combination has secured a launch customer in the Middle East.

In basic form the weapons kit for Flash comprises 12.7mm cannon pods, such as the FN RMP, and 12-round rocket launcher pods firing Thales FZ 68mm rockets in either guided or unguided forms.