The Battle of Kursk – Air Power Domination Won the Day

The Battle of Kursk in 1943, 450km south-east of Moscow, could have had a very different outcome if not for the Soviet premier Josef Stalin persistence on gaining control of the air. After a very fierce ground battle between the Russian Red Guard and the infamous German Panzer Groups, Stalin called on one of his commanders, Konstantin Rokossovsky, and asked a simple question: “Do we have control of the air, or not?” Rokossovsky promised that the following day they would. Josef Stalin

Both the Soviets and the Germans realised that ground forces alone could not defeat the other, each relied on squadrons of aircraft specially equipped to destroy tanks. Both German and Soviet attack aircraft flew combat missions at the request of frontline units and were controlled by ground liaison officers attached to armoured forces.

The German air offensive was led by the Junkers Ju 87 Stuka, a gull-wing, two-seat dive bomber that, at its most effective, punched through defences with 37mm cannon mounted on pylons beneath its wings. Although a leftover from the Spanish Civil War, and with fixed landing gear, it was notably slower than most other aircraft in the sky. The Stuka was an extremely dangerous weapon in the right hands, Hans-Ulrich Rudel a Stuka ground-attack expert took the lead in the German air attack Rudel logged more than 2,500 combat missions during the war and is credited with the destruction of more than 500 tanks and 700 trucks.

Even in the hands of less competent pilots, the Stuka, sometimes loaded with two 110-pound bombs beneath the wings, instead of the anti-tank cannon, and a single 550-pound bomb beneath the fuselage, was extremely effective against Armor. It’s was the only bomber that you can dive truly vertically and at Kursk the Germans had 400 of them. For all its destructive power, however, the Stuka had little defensive armament and couldn’t survive without protection. The Stukas were joined by Junkers Ju 88 and Heinkel He 111 medium bombers, all acting as long-range artillery. 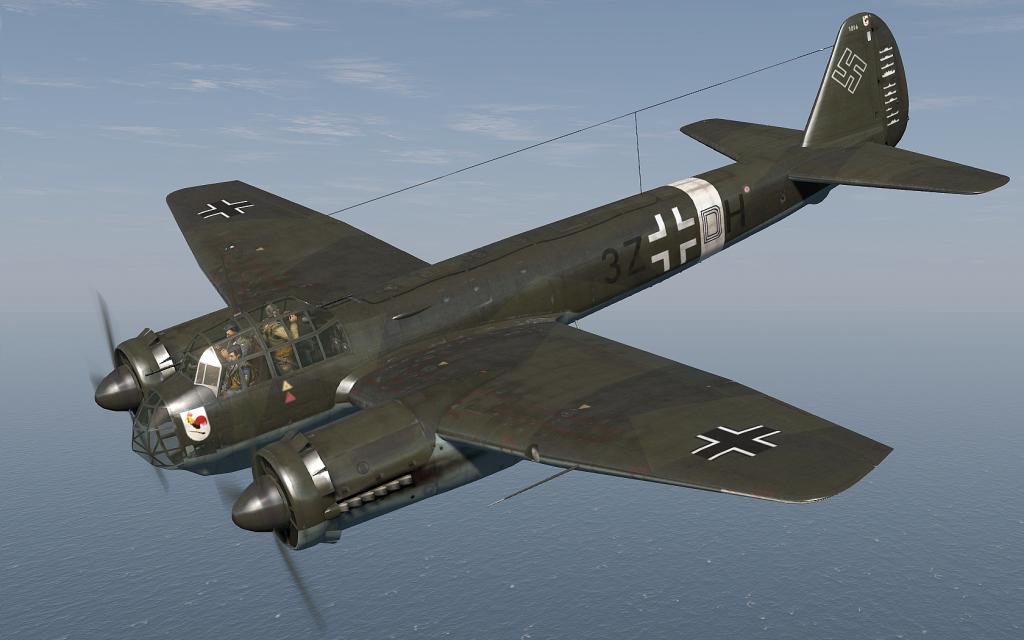 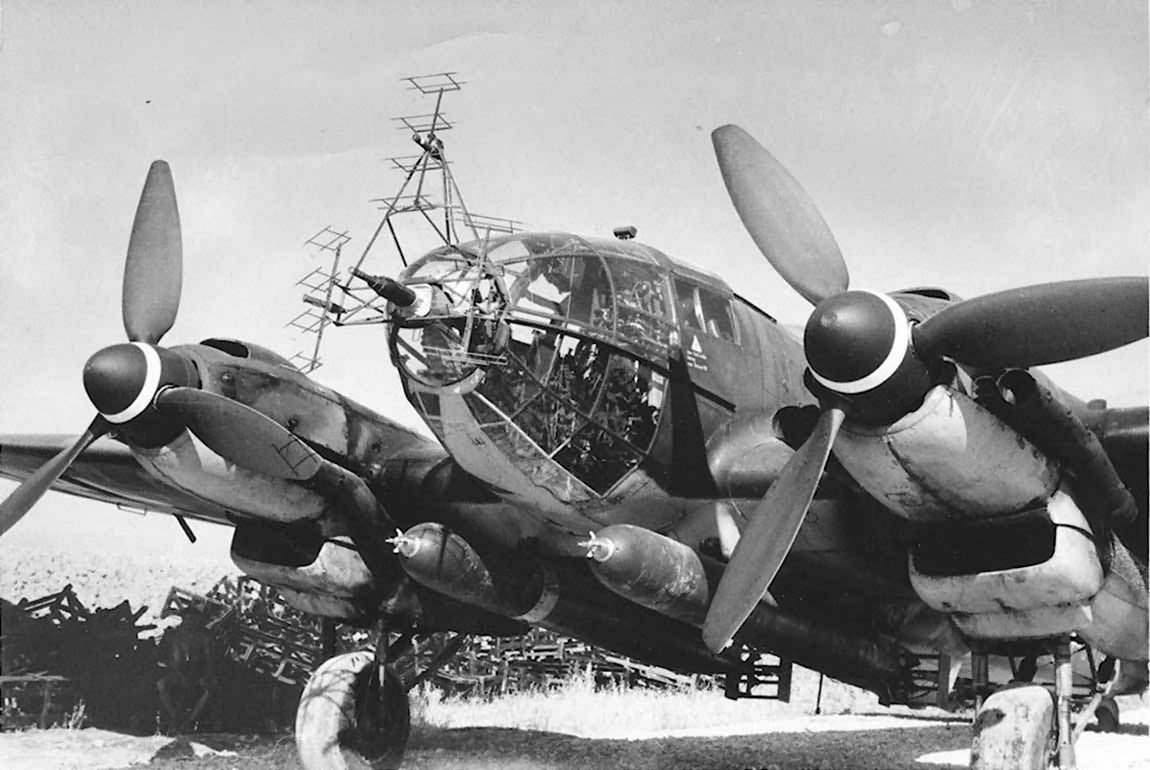 These were almost evenly matched against Soviet Yak-1’s, Yak -5’s, Yak-9’s and Lavochkin LA-5’s. The German fighters were slightly more advanced, but the Soviet fighters had the advantage in numbers. The real disparity between the two sides lay in the experience of the pilots.

Although in January 1943 the Soviets had instituted a new tactical training program, in which pilots practiced combat manoeuvres and methods of attacking small, mobile targets, the German pilots had had years of aerial combat experience.

One German fighter squadron the Soviets faced included eleven pilots who had scored aerial victories, one of them Joachim Kirschner, was credited with 148. On the first day of combat at Kursk, he made it 150.

The Soviet bomber contingent was made up of Ilyushin Il-2 Sturmovik dive bombers were aided by sturdy Petlyakov Pe-2’s, less numerous but more manoeuvrable than the heavily armoured Ilyushins. The Sturmoviks were known to the Soviets as “flying tanks,” partly because of the armour as much as 2,000 pounds of it encasing its forward fuselage. The rear fuselage, on the other hand, was made of wood. Later models of the Il-2 flew with rear-facing gunners, who, unprotected, suffered four times the injuries and deaths that pilots did.

The Sturmoviks were equipped with 37mm cannon as well as rocket and grenade launchers. The bomber could also dispense small anti-tank bombs. With 192 armour-piercing bombs in four cartridges, the Sturmovik would fly over tank formations, releasing a bomb every 20 meters and blanketing a 3,500m² area with fire. The frontline Sturmovik compliment at Kursk numbered well over 750.

In June 1941 Hitler launched his armies against the Soviet Union, the first operation of the offensive was coordinated air strikes on Soviet airfields. The Soviets were caught unaware and lost 1,800 aircraft by the end of the first day, and 4,000 by the end of the week. German forces then advanced 1000km east reaching Moscow and fighting until winter and they were forced to retreat. The following year, a second offensive brought German soldiers to Stalingrad, but after a long, infamous siege, a Soviet counterattack resulted in the surrender of 100,000 soldiers of the German Sixth Army.

The Germans made their third assault in the summer of 1943, named Operation Citadel. During post-Stalingrad fighting, the Soviets had driven a wedge into the German line west of Kursk. Citadel was planned as a pincer assault, with one army commanded by General Walther Model driving south from Orel, and another, commanded by Field Marshall Erich von Manstein, pushing north from Belgorod. The two were to meet at Kursk, thereby encircling and destroying Soviet forces in the bulge. Informed by British intelligence sources, the Soviets knew the tanks were coming and where they would strike.

In the meantime, as Germans waited for tank deliveries, the Soviets dug trenches, strung barbed wire, laid landmines, built tank traps, and positioned the heaviest concentration of gun emplacements in the history of warfare.

The Soviets learned through intelligence the Germans planned to strike on July 5, as a countermeasure The Red air force got airborne long before dawn. Eighty-four Sturmoviks from four airfields were tasked hit German fighters at their bases near Kharkov in Ukraine. But at the same time, the Soviets had also begun an artillery barrage, and to counter it, the Luftwaffe had been dispatched to bomb the gun emplacements. The Soviet dive bombers ran smack into the German fighters. For many Soviet pilots this was their first combat mission, some had less than 30 hours total flight time. The Germans easily sliced through the Red air force formations, but Luftwaffe fighter escorts were diverted from their planned mission to protect Stukas and strafe ground troops. Instead they had to defend their own airfields against Soviet bombers and attack aircraft.

The Tank battle was underway with tanks pounding one another, the German infantry and Panzer divisions, supported by Ju 87s, pushed forward fairly easily. Bomb-carrying Stukas dived in directly above anti-aircraft artillery sites the Ju 87 pilots kept airspeed under control by deploying air brakes. To prevent the aircraft from colliding with their released bombs, a U-shaped “crutch” shoved the bombs clear of the propeller.

From airfields to the east, Soviet Sturmoviks, both the extremely vulnerable single-seat version as well as the improved two-place model—joined the battle in great numbers. In July 1943, the Soviets had deep reserves with more than 2,800 Il-2’s available. Sturmovik losses were heavy and gave rise to a tactic known as the “Circle of Death”. As many as eight Sturmoviks would arrive over a target and establish an orbit. The dive bombers would take turns attacking targets with bombs, rockets and cannon, re-joining the circle to provide defence. Wing-mounted machine guns made it possible for each pilot to defend the aircraft ahead of him. The tactic gave less experienced Sturmovik crews a fighting chance, but the Soviets were more than willing to trade one for one.

In the dawn hours of opening day, the Germans dominated the air over the front with waves of fighters sweeping the skies clear of Soviet aircraft, while German bombers pounded opposing armoured columns below. By 7 a.m., however, as the Panzers advanced, swarms of Soviet fighters and attack aircraft joined the fray. With tanks and armour clashing below and airplanes raining from the sky, black smoke engulfed the battlefields, turning day into night.

According to Soviet records, by the end of the day on July 5, Luftwaffe pilots had shot down 250 aircraft, 107 of them Sturmoviks. Luftwaffe logs indicate 74 German airplanes lost. Perhaps because of Stalin’s question to Rokossovsky, Soviet bombers harassed German positions all night, depriving the exhausted troops of sleep. The Germans were unable to mount a similarly tormenting night-time effort.

As the battle progressed, the Soviets changed tactics. On July 7, they massed their Sturmoviks and fighter cover into formations of 30 or more. The numbers overwhelmed German interceptors. During the exchanges, Soviet Yak-1’s shot down Stuka pilot Kurt-Albert Pape, a Knight’s Cross holder with over 350 missions. On July 8, German ace Hubert Strassl, with 67 claimed victories, was lost. Stuka pilots Karl Fitzner and Bernhard Wutka, both with Knight’s Crosses and 600 missions each, were shot down and killed. The Germans were losing irreplaceable veterans, while the Soviets were stifling Panzer ground advances.

Each night, the Soviets analysed the day’s results and adjusted. They allowed the pilots flying fighter cover more independent action. Flights were split and arranged in echelons by altitude. Fighter groups were allowed to roam ahead freely over German-held territory in sweeps similar to the German tactic. The turning point in the air contest came on July 9, days ahead of positive results on the ground. Soviet fighters decimated the Stuka ranks. Sorties by the Ju 87s dropped to about 500, half of the opening day’s total.

Coincidentally, that morning, Ivan Kozhedub, flying a La-5, spotted two Messerschmitt Bf 109s positioning for an attack. Kozhedub turned head on toward the leader. “I was the first to shoot,” he recalled. “I held the firing button, squeezed and blasted away a long burst, and it was sufficient! The leader turned over from his steep dive and I saw him hit the ground.” The leader was legendary ace Günther Rall, who had 151 claims. Rall survived the crash landing and was back in the air that afternoon.

On 12 July the Soviets began Operation Kutuzov, which intented trapping the German forces fighting in the Orel bulge. The assault was halted at Khotynets by German aircraft, saving two armies from being surrounded. General Model sent a telegram to the German high command: “For the first time in the history of the war, the Luftwaffe, without the support of ground troops, deprived the fighting ability of a Russian tank brigade.”

Though halted, the Soviets fanatically defended every square foot intense German air support was required to move even the slightest distance forward. In one instance, the Soviet 200th Tank Brigade withstood twelve attacks by massed Panzer tanks accompanied by relentless air attack, only after suffering grievous losses did the brigade pull back a short distance.

By the end of the first week of the campaign, Luftwaffe sorties began to drop off sharply due to attrition and fuel shortages, Soviet sorties increased. The German commander in the south, von Manstein, repeatedly asked the German high command for reinforcements, but two months before, Allied forces in Tunisia had taken a quarter of a million German soldiers prisoner, and no reinforcements were sent. On 12 July, seeing only small gains made at Kursk and at great cost, Hitler instructed his commanders to withdraw.

Aircraft, tank, and personnel losses at Kursk have never accurately been calculated and remain in depute but given each side’s own accounting, it is possible to list at least these losses: The Germans record 194 aircraft and 280 tanks lost. The Soviets acknowledge losing 1,130 aircraft and between 1,600 and 1,900 tanks. The Germans suffered 56,000 casualties; the Soviets, 177,000.

By the end of July, Operation Citadel was over. The Soviets had gained air supremacy and this led to the final offensive that took them all the way to Berlin.

Chuck Yeager - The Man that Changed Aviation 73 years ago